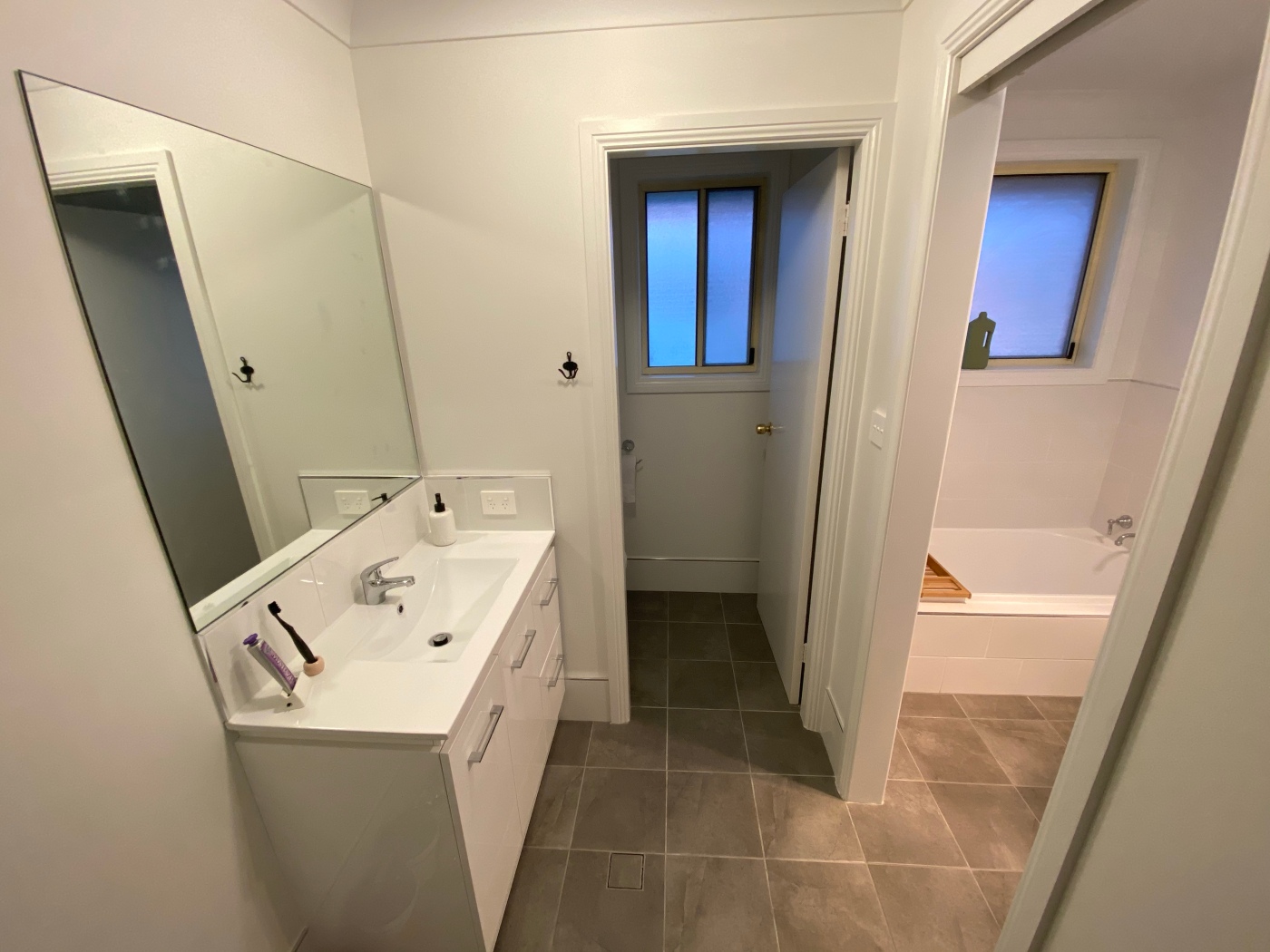 It’s an understatement to say I love the result. I cried when I saw it. Then I cried the first time I used the shower and if you’ve never experienced PMS and you think it’s just a walk in the park that involves eating a lot of chocolate without guilt, welcome to the facts of life! It changes your entire brain. You suddenly can’t listen to anything that isn’t Color Me Badd. You cry when you’re running on a treadmill because you saw an ad for the RSPCA and not even a sad ad, just one with a lot of cute baby animals. You actually start composing a letter to early noughties, semi-successful boy-band member, Nick Lachey, to tell him you’re so sorry he was blindsided by his divorce from Jessica Simpson.

Or you might cry in your shower because you’re sad you won’t see your builder again.

The photos don’t do the colours justice. I had thought about going with a white that was tinted to match the wall tiles, but it had a blue base and it looked very sterile. Instead, the walls and woodwork were painted in Dulux Snowy Mountains Half, which I can’t recommend enough. At some point I will do the window frames as well, but if I waited to post photos of it completely finished, we’d be here for years. 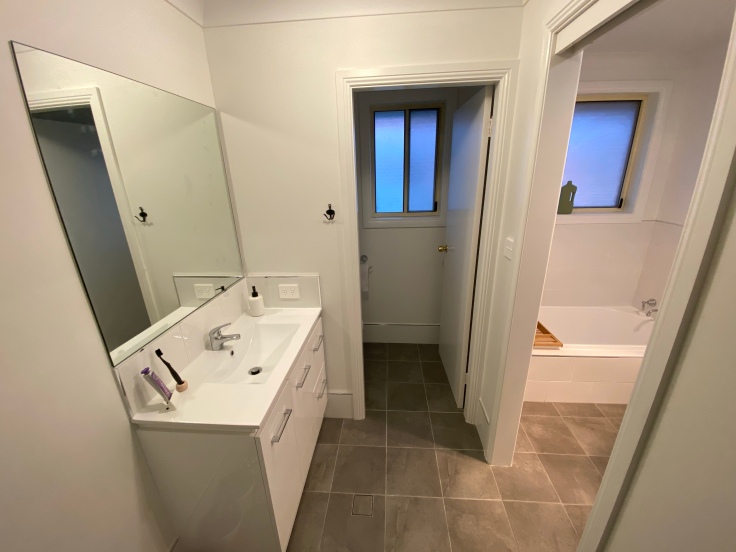 The mirror is 900×900 to match the length of the vanity and to give it enough height so I can do tall lady things in it without half my face being chopped off. The only thing I would change about this set up is that my builder suggested keeping the drawers on the right-hand side of the vanity, but this vanity went in closer to the wall and I suspect unless I’m really careful, there will be some paint damage to the architrave.

Oooh, look at this part!

I am having a love affair with that niche. The shower recess is quite long and wide and I do like to go for a stroll in there fully clothed, just to look at the niche.

The tiler, who by the end of the job did try really hard to smile at me, managed to get the perfect fall in the tiles on the shower floor without needing to cut the tiles, so even though it absolutely looks like water should get around the glass, it doesn’t at all!

I am going to keep the bathroom really simple, but I have added a few little accessories, which I will hold off posting about until the last piece arrives in early September, because I think it will tie the whole thing together.

Thank you for coming along on this journey with me, especially those people who had to witness the two years before the renovations actually started. It wasn’t pretty and did involve a lot of colourful language.